What has really made a big change in your life? 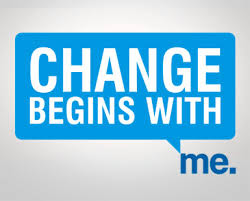 What  made the big change in my life, what else, my marriage.  There is nothing unusual in saying that marriage makes epoch-making changes in the life of everyone, both men and women. However,  this varies according to the culture, you are born in and practice.  I mean how marriage changed me as an Indian woman would not be the same as how it affected a person living next door following a different set of cultural practices.

I am not saying one has advantages and the other is rot. All have challenges.


According to my culture, marriage in itself involves a package of changes, and it demands women wholly committed to them than men as a means of their existence.  So, all the scrutiny and attention, given to who should one marry regarding family, social status, finance, etc, are keeping this package in mind.   And perhaps this is one reason, why arranged marriages are still getting thumbs up rather than love marriages. Things may be changing now. Some of the things, I hear about love marriages happening in my society are like this.  The boy meets a girl, falls in love, he informs his parents about the girl and introduces her to his family and then he take a back seat, affording his family the opportunity to carry out the negotiations in terms of dowry, gold, pocket money etc.  In the end, everybody is happy that marriage is decided by what you call by luck or destiny, which is that hidden force that controls everything we can't see but experience.

So by destiny's intervention, I got married.  And as I said, it changed everything in my life. It changed my identity, my existence, my lifestyle, my environment, my friends and so on and so forth. I was transplanted to my husband's home or to my in-laws home.  Though I was very positive and looking forward to the changes in my life, slowly I began to feel a kind of suffocation, a feeling that I was always judged, I had to get permissions even in small things. Even in small things that one takes for granted necessitated thorough evaluation and a public scrutiny.

My own family had given me mock runs in advance, in terms of what I should be expecting in my second home, but I wasn't able to copy with when they became real and not suiting with my personal liking. 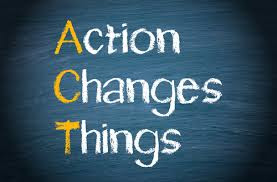 The wedding was always fun too. but when all its glamorous events and celebrations were over, a gloom was setting into me. It made me to long for the relaxed days of my spinster life that afforded me the leverage for failing and learning from it and then correcting. It afforded me an opportunity to change to embrace a new attitude, which wasn't boring, threatening, depressing and disappointing.

I never shied away from undertaking responsibilities, but when your role in responsibility is ignored, you would never love life. It felt suddenly a new globe of earth rolled onto my head to exert insurmountable pressure onto me. When I looked around, I found many married women saying they were very content with their marriage life.  But I couldn't tell them anything about what I was feeling inside.

A married woman should never be a thinking individual for a thinking woman is considered regressive in the family, society and even in the nation.  These were my thoughts during those days, some were, of course, imaginary and some were more than real.  It made me sad and at the same time laugh.

I told myself they are not changes or changes for the betterment of my personal life or my progress.  Rather they were for the sake of somebody else's satisfaction, for some other thing, for some other establishments, institution or something like that.  I wanted changes to benefit all, myself and the establishment, the family, and the society.

I realised, slowly that the challenges in accepting those imposed changes were that they had no progressive models. Change is worthless if it doesn't bring progressive changes. Changes should involve an individual adopting a new habit or behavioural pattern as a choice made by him or her.

What is the point in accepting a behavioural pattern if its only credit is that it was practised by people who lived before you? There are so many patterns of behaviours that one can adopt, but not because they were practised by somebody elder that you. I told myself, I have to be careful in adopting such changes because I couldn't see progress in that kind of adoption.

Changes not intended to have progression I told myself, are blindly copying the past not considering life in the fullest.  Copying does not involve real changes  because they do not presuppose individual choices.

I convinced myself if I am made responsible for a life of my own, for taking care of the welfare and wellbeing of my own home, then I should be given the freedom to decide, what model of a family I should have and what changes I should be committed to. It wasn't easy, but I stood by my ideology and philosophy and I accepted changes that I have chosen.

There was no internet during those days, and there was no flow of literature on changes that I could have easy access to as they are now.

From one of the literature on changes, I grasped, recently, I learned  that changes need changes in habits.

Seven habit changes suggested in this are as follows:


All these presupposes individual choices.  Though I wasn't able to read them during my time, when I read them now, I get the satisfaction that I wasn't wrong in my insistence then.  And it was my marriage that gave me the real opportunity for thinking like that. And whatever decisions I took then in terms of embracing changes gave me new behavioural patterns that helped me always in my life. So, my marriage changed me for the sake of myself and my family. 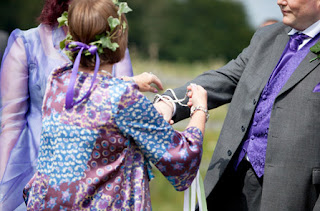 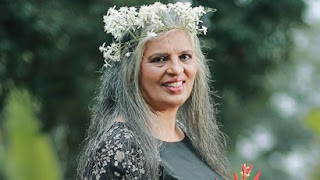